Welcome to my stop on the blog tour for Danielle Harrington’s The Diseased Ones! You can check out the other stops on the tour here. Below you will find a synopsis for this amazing book, my review, and a U.S. ONLY GIVEAWAY which includes a copy of The Diseased Ones and some swag 🙂 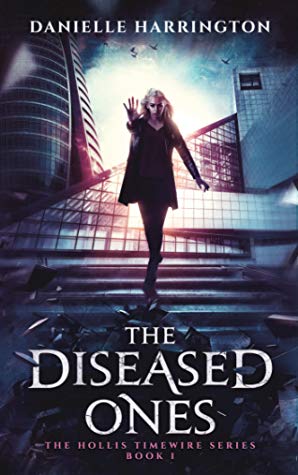 On the morning of her 16th birthday, Hollis Timewire receives the worst possible news. She can’t become a citizen of the world. She’s a Diseased One.

Born with a biomarker that bestows dangerous, brain-altering powers, Hollis is forced to hide underground with other Diseased Ones, who believe that the government falsified history to cover up their genocide.

Now Hollis must discover the truth, and is willing to risk anything, including her powers, to go back home.

I received a copy of this book from the publisher, Acorn Publishing, via Xpresso Tours in exchange for an honest review as part of a Blog Tour.

Hollis Timewire has finally made it. It’s the morning of her sixteenth birthday and she’s on her way to graduate and become a citizen of the world. This is the day that she gets to make her parents proud of all the hard work she’s put in as she passes the test and is given her career assignment. The thing is, she doesn’t pass the test, it turns out that she has the bio-marker that paints her as a Diseased One – someone who is shunned by society for having brain altering powers and bad blood. Forced to flee, she finds herself in an underground society of Diseased Ones, where she slowly learns about emotions, feelings and an alternate version of the history she has been taught her whole life, one that paints the Diseased Ones not as the awful monsters she’s been told they are, but as the victims. Hollis is determined to uncover the truth even though a small part of her still hopes there’s a way she can rejoin society, even if it means she loses the newfound powers she’s been bestowed with.

Wow! I was pleasantly surprised by how gripping this story was, I’m not going to lie. From the get go Harrington paints a picture that completely drags you in and does not let you go until the nail biting cliff hanger of a conclusion. Hollis’ world is terrifying, it sounds so robotic and devoid of life, even though there is obviously people living in the world. It comes across as a colourless, cold and downright boring place. You are taught to school your emotions and your facial features so that you are a blank, unfeeling robot essentially. Once you pass the test, you are assigned a career and that’s it, that’s your life. Everything is chosen for you. It honestly gave me seriously Divergent vibes.

The characters are very well developed, the amount of times I wanted to shake the absolute life out of Hollis is ridiculous, and to me, any writer that can make you feel so strongly about characters is onto something good, and definitely showing their ability in their craft. The characters that we meet in the underground society felt so…colourful…that’s the only way I can describe them. They are so full of life and emotions and it just made me feel at home with them. I have to admit though, hearing their side of The Terror War (as the Government calls it) or The Massacre (as the underground society of Diseased Ones calls it) made me question everything. I’ll admit, I was so angry at Hollis for not instantly believing what she was being told, I had to stop and remind myself, this is a teenage girl who has just been pulled out of her entire life. She’s been ripped away from her family, and her world, and is being forced to go through things that she’s never learned about or trained for. We are essentially reading about a girl who is finding herself completely, when she never thought she’d have to as everything in her life would be assigned to her.

The world building was relatively extensive, without being too over the top. We get an idea of how the world works, as well as it’s history without info dumping which is nice.

The story is absolutely riveting and I am SO here for it. I’m biting at the bit for instalment two because after that ending, I NEED to know what happens!! I was torn right up until the very end about which version of history was correct, I had no idea which side to believe, I knew which side I WANTED to believe, though I also felt a bit of empathy for Hollis and was rooting for what she wanted as well. It had all parts that I’ve come to expect from majority of young adult dystopian novels, but it didn’t feel tired, there’s not one point that I wished more was happening, as to be honest, there felt like SO much was going on, even during the quieter parts.

If you love a good YA dystopian, give this one a go, it will not disappoint and will leave you hanging for the next one. 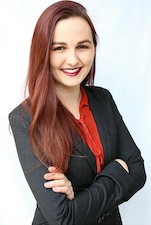 Danielle Harrington is a high school chemistry teacher with a passion for the pen and a knack for storytelling. She got her undergraduate degree in Chemistry at Biola University, and although she’s a hardcore science nerd, she’s always been a lover of the arts.

She grew up acting and singing and has turned her love for drama into writing. Danielle lives vicariously through her characters and considers it great fun because she “gets to play all the parts”.

Danielle lives in LA with her husband, Steven, and her two cats, Moose and Turtle. She is working on a four book young adult dystopian fiction series, and she’s beyond thrilled to be launching her debut novel, THE DISEASED ONES, through Acorn Publishing.