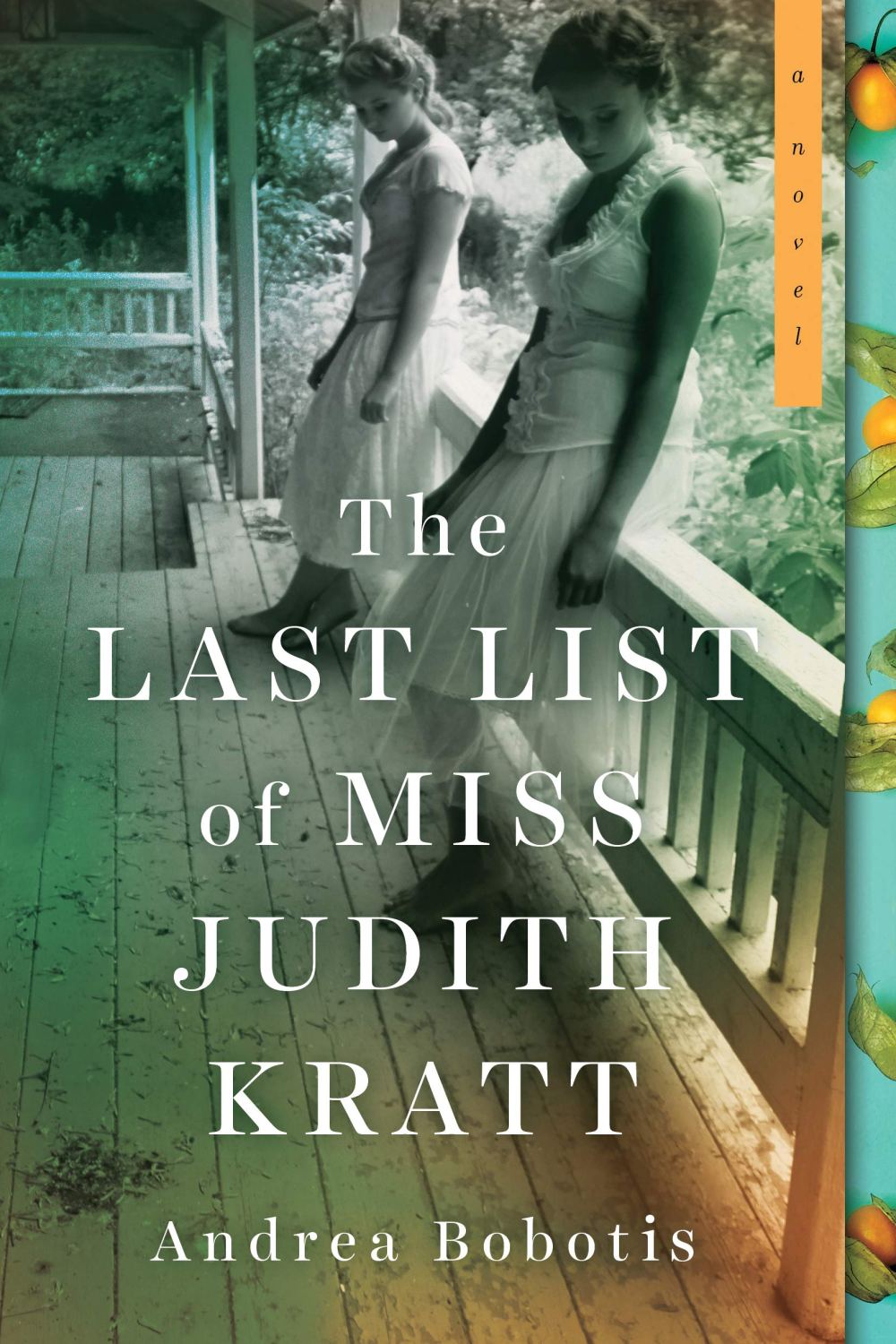 The Last List of Miss Judith Kratt by Andrea Bobotis

I received a copy of this book from the publisher, Sourcebooks Landmark, and the author via netgalley in exchange for an honest review.

The year is 1989, and Miss Judith Kratt is 75 years old. After receiving a postcard from her estranged sister, Rosemarie, which informs Judith of the fact that she is returning home after 60 years, Judith decides that it’s time to make an inventory of all the objects in the Kratt house, which was passed on to her after her father died. As Miss Judith whittles away at her inventory list, memories, truths and memories that most would wish had stayed forgotten, emerge, bringing to light secrets that were held in the darkness for so long. A recount of a long life, one filled with admiration, love, racism, segregation, and murder. The last list of Miss Judith Kratt is a slow burn, historical fiction, taking a look at all things accumulated throughout one’s life, both the physical and the non-physical. Things are just things, but sometimes, it’s the memories associated with those things that keep us holding onto them.

I first requested this story because I was mostly intrigued by the mystery and the murder, but to be honest, while this aspect of the story is important and was the reason behind a great many things in Miss Judith Kratt’s life, the murder mystery part of it is actually quite small and generally takes a backseat to the other parts of the story.

This story begins in 1989, when Judith and the old family house maid, Olva, are sitting in the sunroom, it is now that Judith informs Olva of her wish to begin making an inventory of all the possessions in the Kratt family house. The story jumps between 1929, when Judith was but a girl, and her brother Quincy died, and 1989, the present day in Bound of South Carolina. As the reader, we get to experience the differences between the two main time periods, especially in regard to segregation and racism, but we also get to see the similarities between them two. One would think that sixty years would have made such a difference, but in this story, and as we all know, even today in 2019, racism and segregation is still a massive issue. Yes society has evolved, but not as much as one would hope after reading about how people of colour were treated in the 1920s, as well as earlier and later than that too. Yes we know about it in history. But I feel that this story did a good job of putting you right in the middle of such circumstances that would have happened to real people in history. While the story is told from the perspective of a well off, comfortable, white woman, we also see the impact it has for those close to her who she cares about greatly who are victims of the hate and ridicule experienced throughout the times.

I feel that the inventory part of the story, while interesting as each piece contains within a story and a memory, was really just a plot driver. As the story progresses, we hear stories from Miss Judith related to objects, though at times, this felt rather random. These stories would pop up, for instance, while everyone is sitting down to dinner. And while the story told did have to do with sitting at that very table, I didn’t quite understand the whole point of the story being told. I didn’t feel that it had much relevance to what was going on at the time. Maybe I missed something in my reading of this story, I’m not sure. Maybe there wasn’t meant to be a point to the story within the story, maybe it’s just the reminiscing of an elderly woman who knows that her time is near? For me I just found that some of the stories didn’t really have much to do with the main story, but as I said, maybe I missed something.

For most of the story, I found Miss Judith to be quite abrasive. She’s not a very likeable character until towards the end of the book, and I couldn’t help but agree with her sister Rosemarie at times. Rosemarie states how Judith just cares about things, and to be honest, it does come across that way. But I think the character of Judith is a lot deeper than I gave her credit for. Her upbringing wasn’t ‘normal’ so to speak, she had a great deal of tragedy happen in her life, and I think that all she ended up having was the things that she surrounded herself with, the things that she never moved from their assigned place inside the Kratt family home. I found Rosemarie’s character to be almost quite pointless in her role, she states she is coming home, for a specific reason which we find out once she arrives. She inserts herself into Judith and Olva’s lives again after being away for 60 years, she causes unrest and disrupts the nice quiet life they had built for themselves, then when truths are revealed she leaves. I didn’t quite understand the point of her character to be honest.

As for the secrets, mystery and murder. I had part of the reveal worked out rather early on, it was easy to discern from character interactions as to what part of the cause and the secret was going to be. However, I hadn’t QUITE worked out the murder, I had an inkling, but I wasn’t 100% sure until the reveal, though I wasn’t surprised to be honest. So the mystery and the murder did take a backseat to the rest of the story which I feel was a recounting of a life through memories and regrets. From wondering if this person should have done things differently, and how everything becomes something else. I found it apt that Judith used to make fun of a housebound woman, and as the years progressed, Judith herself became the town’s shut in.

All in all, this was a wonderful story that looks at the changing of the times and the aspects of one’s life. How things can hold memories, both happy and painful, and how we’re all just human, looking for acceptance and someone to love us.