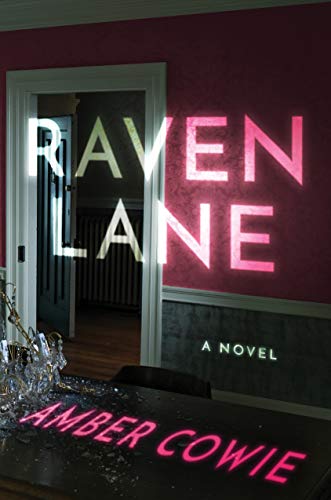 I received a copy of this book from the publisher, Lake Union Publishing, and the author via netgalley in exchange for an honest review.

Esme and Benedict Werner have the perfect life, or so it would seem. They live in a close-knit community in Raven Lane, where anyone wanting to buy a house is screened by the real-estate agent and fellow neighbour to make sure they ‘fit in’. When one of the neighbour in this community is accidentally killed, life changes for everyone. Benedict is arrested as truths come to light that make it seem as though this death wasn’t an accident at all. As the truths get deeper and deeper, the secrets and lies of this small community are brought to light. Life will never be the same on Raven Lane.

I’ve recently taken a strong liking to psychological thrillers. They have a level of suspense and are such page turners that I just love them so much. After finishing this book, I don’t know that I would put it in the same category. Yes there were a lot of secrets being uncovered, but most of them I had worked out before they were actually revealed. I don’t think the story line or the plot was cliche, I just think that it’s easy to see what is going to be around the next corner through the power of deduction, and what would be the most ‘shocking’ or likely to happen.

The only character that I really liked was Esme, the characters were written okay, and they each had their own voice and identity in the story, but Esme was the only one that made me FEEL anything. I guess I felt a little bit for Zoe because she’s just a kid at the end of the day and all of this would be absolutely horrible to go through. I felt sorry for Aaron simply because he happened to be married to the wrong person and his life will forever be changed because of what happened on Raven Lane.

The story itself as said above, wasn’t exactly cliche but neither was it groundbreaking or surprising to me. I did want to know what was going to happen, but it wasn’t a super enjoyable journey for me unfortunately. The ending felt a little bit rushed and too neat of a way to ‘wrap everything up’ and left me feeling somewhat let down. That was probably the only thing that surprised me in the story to be honest, was the ending as I didn’t see it coming, so I guess the story did surprise me in the end (pun not intended haha).

One thing that I found I really did not enjoy was the story within the story. One of the characters, Torn (who’s name constantly jolted me out of the narration because it just didn’t fit right, even though we get an explanation about his unusual name it still didn’t fit right for me), is an author, and his book The Call is a best seller. Throughout the book, Esme reads The Call and we do too, I found it to be a little bit annoying because there was nothing to symbolise the start of the inner story, there was no italic font, marks, quotation marks, anything so, I basically had to guess where it began and where it finished. I found the inner story to be incredibly boring to read and didn’t really see the point in it being there in the first place. I understand how it ties in, but it just seems unnecessary. I actually skipped over it after the first chunk that we are introduced to because I just did not care about it in the slightest and wanted to get back to the actual story and find out what was going to happen next. So in my opinion, the inner story could have been edited out and nothing would have been lost.

I can’t help but wonder, why did Esme seem to attract arseholes? Nearly every male she deals with is an overbearing arsehole and it just bugged the hell out of me. She seemed like a super capable woman so I don’t know why she didn’t just tell them all to get fucked.

That’s all I can really say about this story to be honest. It just didn’t really work for me unfortunately. If you like a story that is full of secrets upon secrets, and soap opera-y type story lines, give this one a go.